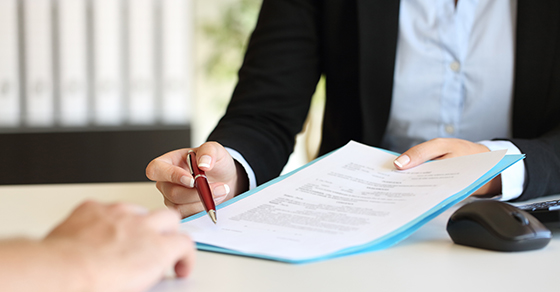 Many, if not most, employers today use some form of an “at-will” employment contract when hiring. The arrangement is theoretically simple: The employer can terminate the employee at any time, for any cause — with or without notice. But is that what at-will employment really means? Not necessarily.

For every rule, there are exceptions. Those applicable to at-will employment include:

When considering whether to terminate an employee signed to an at-will contract, it’s important to review these exceptions and other mitigating factors with your employment attorney before acting.

Even when an employer doesn’t view a termination as being subject to an at-will exception, that doesn’t mean the terminated employee won’t view it as discriminatory, retaliatory or otherwise unlawful and file a wrongful termination claim. So, documented progressive discipline is essential to improving the likelihood of prevailing in court should a lawsuit arise. Typically, progressive discipline follows three steps:

In some situations, there may be an additional step between a written warning and termination —suspension (with or without pay). Of course, there can be problems serious enough to justify immediate suspension or termination — without going through the first two steps. But, along with building a good defense against lawsuits, progressive discipline can often correct employee performance issues early on, benefiting everyone involved.

A probationary period upon hiring — usually the first 60 to 90 days of employment — may prevent terminated employees from coming back and suing the employer for wrongful termination. But it depends on the worker’s employment status.

If a union’s collective bargaining agreement covers the employer, the employer may be able to terminate the employee during the probationary period risk-free without going through progressive discipline. Most union contracts allow management the right to terminate during this period without fear of a lawsuit.

On the other hand, if employees are hired at will, no similar “contractual right” exists. Consequently, the employer does have the right to terminate without cause or notice — but the ex-employee also has the right to sue. Therefore, you may want to issue at least one written warning before terminating even probationary employees.

Hiring can be risky business, so it’s understandable why at-will employment has become so commonplace. But it’s not without its exceptions and complexities.

How do profits and cash flow differ?

Depreciation-related breaks on business real estate: What you need to know when...
Scroll to top